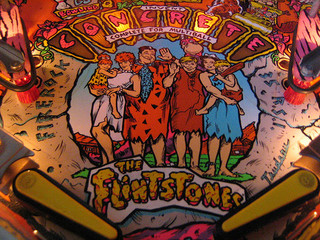 First off, who knows why anyone does anything? But, nevertheless, I will be more than happy to speculate.

For example, let’s say that there is a first lien on Fred Flintstone’s property for $400,000, and a second lien on his property for $100,000. Let’s also say that Fred needs to move to another part of the United States because the quarry is relocating. His Bedrock home is only worth $300,000.

Fred’s property receives an offer for $300,000. His savvy short sale agent contacts his first lien holder and the lien holder says that they will allocate $6000 to the second lien holder.

This is the “game” that is referred to in the question above. Depending upon the state in which you reside and the deficiency laws for that state, the second lien holder may not be able to “go after” the borrower for the difference after closing. This could be one reason why the second lien holder plays this “game.”

Again, this is all pure speculation. Frankly, I just feel badly for Fred Flintstone that he cannot get his short sale approved. Shouldn’t the Slate Rock and Gravel Company have some sort of corporate relocation program?