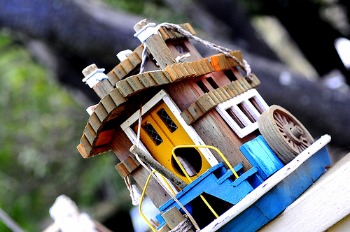 Have you heard or read complaints about the processing times for short sales through the Federal Government’s HAFA program? Maybe you have tried a short sale on your own and got frustrated by the HAFA processing. Just a few weeks ago (in December of 2010), the California Association of Realtors® sent a letter to the Treasury (and other government departments) that discussed specific problems with the HAFA program. The letter also touched on possible solutions.

Overall, the letter noted issues with the HAFA time frames not being respected by the lending institutions. The letter also addressed concerns over the fact that each lender participating in HAFA does not have a uniform procedure for processing HAFA short sales.

As reported by dsnews.com, shortly thereafter, the Obama Administration made some changes to the HAFA program, and those changes are to take effect on February 1, 2011.

The new guidelines state that mortgage loan servicers are not limited by the 6 percent payout to second lien holders. Also, servicers must send the borrower the Short Sale Agreement to the buyer within 30 calendar days of the borrower response to the HAFA solicitation. Also, when a borrower wants to be reviewed for HAFA, the servicer must respond within 30 days.

If this information piques your interest or floats your boat, here’s more:

Official changes to the HAFA Program

California Association of Realtors® Letter to the Treasury Department